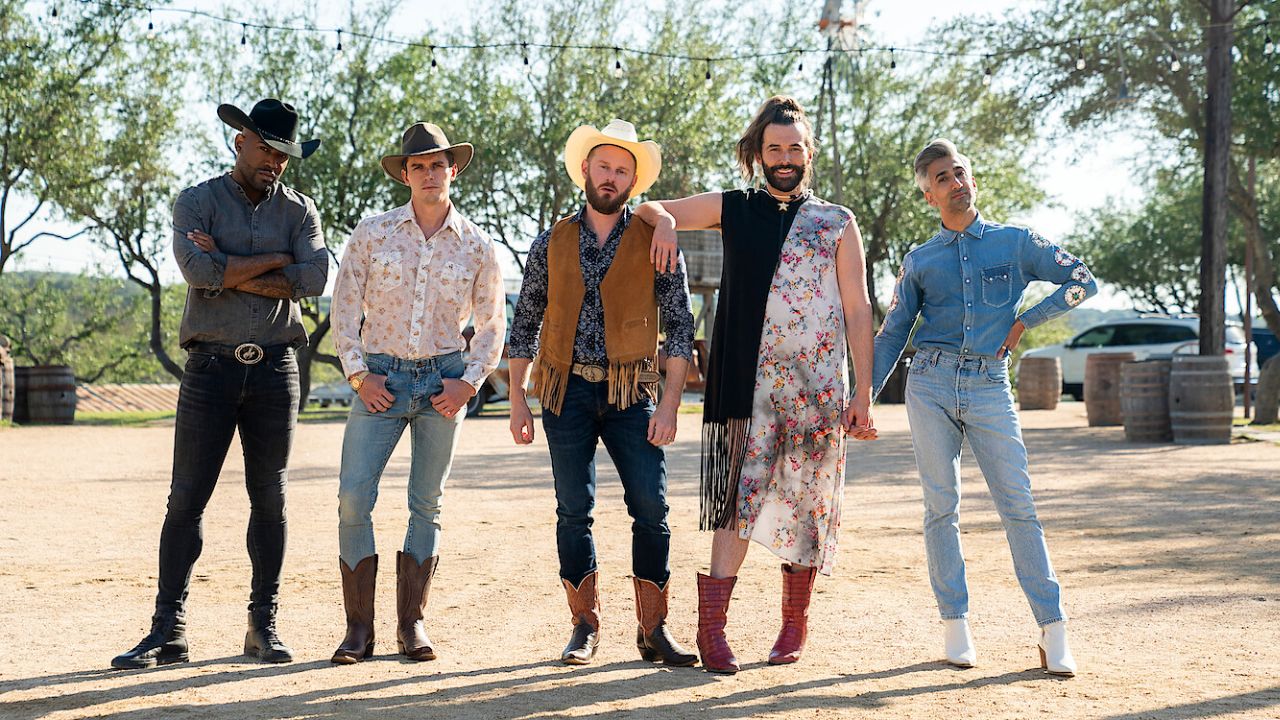 Netflix has released a 6 season of the reality show"Queer Eye" on December 31, 2021; the show has overall 10 episodes, which are available officially on Netflix. The show is known for representing the LGBTQ community and empowering humanity in total. The fab five will be seen helping different individuals in their path of success.

The show's first season was released on February 7 h 2018; after the huge success of the Queer Eye, Netflix released another season 2 in the same year, 2018. Additionally, the Queer Eye of seasons 3 and 4 was aired in the year, 2019 and the 5th season was made official in 2020.

After a year, finally, Netflix brought up a six-season of the queer eye; this time, the show will be the most anticipated one; hence the show is based on a lone star state of Texas and will be showing certain addition of a Josh Eiler. Are you excited for Queer Eye season 6? Let's know each of the cast members through this article.

If you're familiar with the concept of the show, then you might know the Queer Eye is all about helping the participants change their lifestyles and appearance. The fab five will lead the show, including Karamo brown, bobby berk, Antoni Porowski, Jonathan van Ness, and tan France.

Karamo Brown is an American reality tv star, author, tv host, actor, and activist. Brown claims himself as gay and has strong activism towards the LGBTQ; he is a culture expert in Queer Eye.

Brown is best known for the reality show"the real world: Philadelphia for becoming the first openly gay black man cast on the show in 2004; he has appeared in many other shows such as the 5th wheel in 2003, the next 15 in 2016, real world/road rules challenges: the inferno II and are you the one: second chances, where he hosted the show. He was also spotted in one of the Taylor Swift music videos, "You Need to Calm Down," in June 2019.

Besides that, Kamaro is a co-founder of a skincare company, MANTL, a host of KaramoApodcast, and the author of "My Story of Embracing Purpose, Healing, And Hope.

Antoni is a polish Canadian reality star, author, tv personality, chef, and one of the cast members of the reality show "Queer Eye".he is a food and wine expert on the show. He has appeared in some movies such as Eillot Loves in 2012, daddy's boy in 2016, the pretenders in 2018 and a tv series called the blacklist in 2014.

Porowski and his queer team also received an award from Emmy for outstanding structured reality show; in 2018, Antoni signed a deal with Houghton Mifflin Harcourt and released his first cookbook, "Antoni In The Kitchen" in 2019 and second in 2021 named "Let's Make Dinner."

bobby berk is an American tv reality star, interior designer, and author; he is one of the casts of the queer eye season 6. Therefore, Berk is an entrepreneur who owns a wallpaper and art furniture company and runs a full-time business service for interior design. He has over 2.8 million followers and 1577 followings on Instagram.

Jonathan is the new york times bestseller author, podcaster, hairstylist, and a tv personality; he is a founder of Jvnhair and the author of "Over The Top" book which was published in 2019, currently, he is writing for his 4th book "Love That Story" inspired by the "Queer Eye" show, which he announced that it would be out on April 12, 2022.

Meanwhile, Jonathan is tested HIV positive; however, the 34-year-old star hasn't given up and living his best life as normal.his positivity towards life brought him many fans on social media. He has 5.3 million followers on his Instagram page.

Tan France is a British-American guy who is a fashion designer, host, tv personality and comes from Muslim religion; he owns a clothing brand called "Washimoffical," which is available only in the united states. Moreover, he hosted a Netflix show "Next in Fashion" and "Dressing Funny;" Apart from that, he published his first audiobook, "Naturally Tan," on June 4, 2019.

Tan is also a strong example of bravery; being a Muslim, it's hard for a man to come out of a shell and reveal his identity as gay. But tan didn't give up and open up about his sexuality as a proud gay, which gives many other Muslim people hope to come out from the closet.

Here's the complete list of participants of Queer Eye season 6.

Terri White on Queer Eye season 6 is a dance instructor at Broken Spoke and the daughter of James White. James was the owner of Broken Spoke; he found the honky-tonk in the 60s.

Chris Baker on Queer Eye season 6 is the executive director of "The Other Ones Foundation," a nonprofit in Austin helping homeless people in the city.

Angel Flores on Queer Eye season 6 is a trans barbell athlete from Austin, Texas. According to the episode, Angel just came out of the closet; she admitted she still struggles with insecurities and looks up to Fab Five to find her confidence.

Sarah Lim from Queer Eye Season 6 is the owner of OMG Squee. The Fab Five approach the Dine-in owner to help her overcome her business's situation following the pandemic.