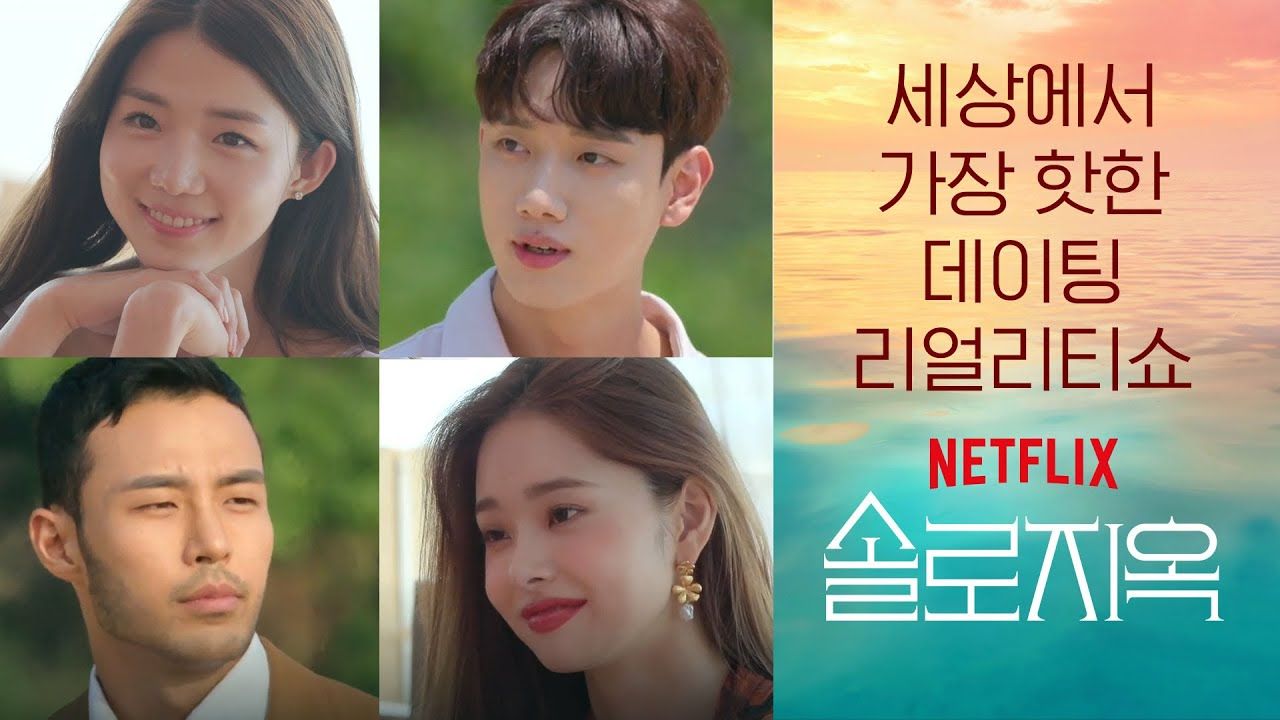 Netflix and JTBC have come up with a South Korean reality show, "Single's inferno," released on December 18, 2021; The show has already reached the top 10 on the most-viewed chart list. The reality series contains eight episodes parted in 2 episode batches, and every 2 episodes of the series "Single's Inferno" will be aired each week on Saturday.

There are 9 contestants, 5 men and 4 women, in this reality dating show. The show is all about finding love on a deserted island. They only skip from the island after finding a love match. The contestants have to strand themself on a tropical island "inferno" until they find the one from the group and pair up, then the couple gets the chance to stay in a nearby paradise hotel for romantic date nights.

But the interesting thing is they don't have permission to tell each other their age and profession while being on the show. The show has become popular on movie/series streaming platforms worldwide. After watching the first two episodes, viewers are already gripped by contestants of the series. as the show is getting popular, on the other hand, many viewers pour their anger towards comments from contestants and cast members on "fair skin."

After the show was released, so many viewers tweeted about this show, and the tweets were all about shaming the shallow beauty standard in the show. Some wrote, "it's discussing that they only see the beauty by being fair." the series got 7.2 out of 10 ratings on IMDb.

Here's a list of participants in the show; let's find out more about them.

Lee Da-hee from Single's Inferno is a 36-year-old South Korean actress, model singer and tv personality. She is also known as Yi Da-hui and Lee Da-hui on media. Her Instagram user ID is: @dahee0315

the 33-year-old Cho Kyu-hyun from Single's Inferno is a South Korean singer, actor, and television host. He has 1.8 million followers on Instagram. You can find him with user ID: @gyuram88 on Instagram.

Hong Jin-Kyung from Single's Inferno is a South Korean entrepreneur, actress and comedian; she has appeared in many tv series, including my love from the stars, the legends of the blue sea. She is currently 44 years old and runs a kimchi-making business. Her Instagram id is @jinkyunghong.

Jung Han-hae is a South Korean rapper and singer; he is a former Phantom, a hip-hop boy band member. He is currently 31 years old, and his Instagram id is @hanhae1990.

Kim Hyeon-Joong from Single's Inferno is a fitness model and trainer from South Korea. He boasts an impressive 182k followers on his Instagram. You can find him at: @__1126.1.

Seems like Moon Se-ho has been playing the "hide your job, hide your age" game in real life too. This "Single's Inferno's" contestant is one of the most mysterious people in the dating show. However, you can find him on Instagram with the user ID @Moonofsh. But if you are hoping to find more details there, you are out of luck.

A low-key Shin Ji-Yeon from Single's inferno is trying her luck to find love on the show. She has managed to impress the other main casts of the show. According to her profile, Shin Ji Yeon is 25 years old from South Korea and currently studying Neuroscience at the University of Toronto. Her Insta is [email protected]jiiiyeonie_.

Kim Jun-sik is from Seoul, South Korea. The 30-year-old is the owner of "Kamee," a startup based in South Korea. According to the profile, Kim Jun Sik's company provides Wild Ginseng Guarana Honey, Schisandra Collagen Honey, Ginseng Premium Mixed Nuts. It seems his business is doing fairly well. You can find Kim Jun-sik on Instagram via @juncore_.

Kang So Yeon from Single's Inferno is a social media influencer. She boasts an impressive 201,000 followers on her profile. Moreover, Kang So-Yeon is also the owner of HitFit Boxing and GoodRound clothing. You can find Kang So Yeon on Instagram through her id @kangsoyeon__.

Choi Si Hin is another social media influencer from South Korea. The Single's Inferno contestant has over 353,000 and counting followers on his Instagram account. He is the owner of headwear clothing brand "Hoten." You can find him on Instagram through his handle @choi_hun.

An Yea Won, also Ang Yea-won, from Single's Inferno, is an established model and lifestyle blogger from South Korea. She flaunts an impressive 137,000 followers and counting on her Instagram. Moreover, An Yea-won has a self-titled YouTube channel with over 1k subscribers. You can find her Instagram through her id @yeah.w__.

With a low-key start, Song Jia from Single's Inferno has become the biggest name on the show. The fame came after she was compared to Blackpink's Jennie, as they look fairly like each other. Moreover, she has made her name through her online presence as well. She is a lifestyle vlogger and social media influencer from South Korea. She has over 1 million and counting followers on her Instagram. You can find her on Instagram through the handle "@dear.zia."

Oh Jin Taek from Single's Inferno is on the low-key side of things; it feels like he is there to represent the country boy. However, he is still impressive on the show. Besides the show, Oh Jin-taek likes to promote his cottage shop, Ascottage. He doesn't have his own Instagram account, but he often uploads his pictures on his business profile. You can check his shop profile on Instagram via id @ascottage_shop.