The Book of Boba Fett Cast: Meet the Stars of New Disney+ Show and Find Them on Instagram! 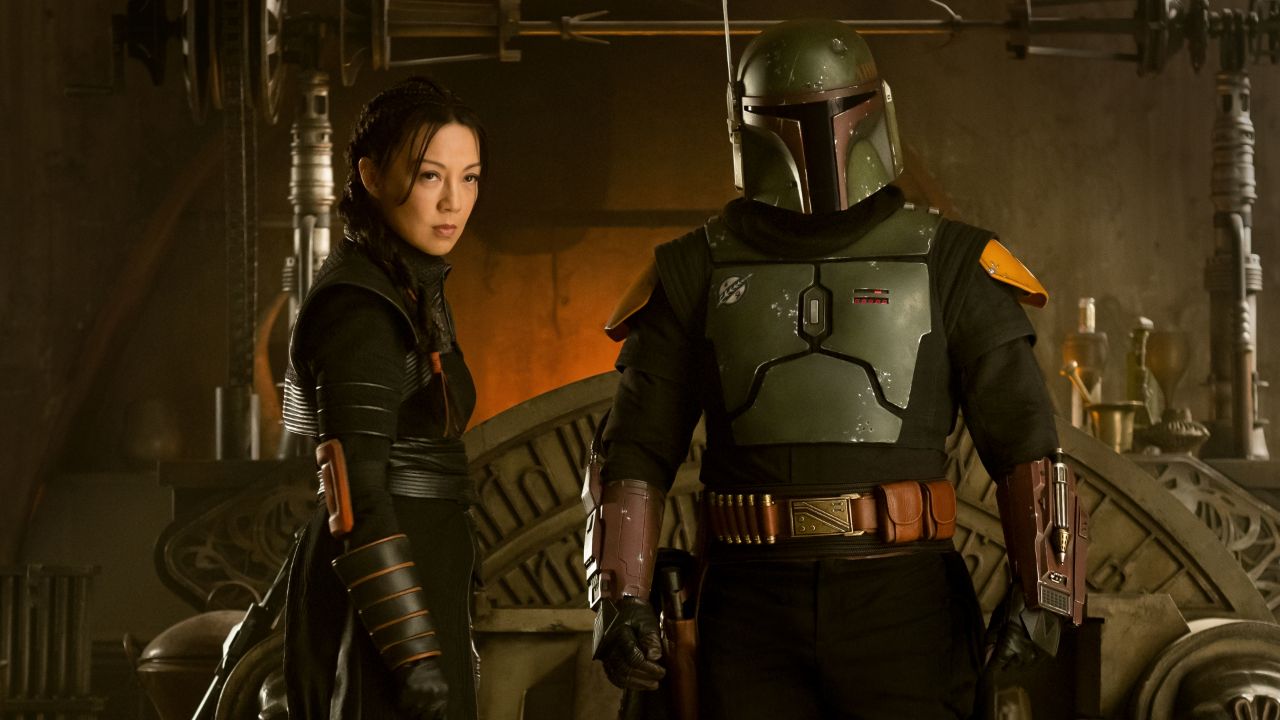 Disney+ has brought up a thrilling star war adventure series, "the book of Boba Fett," released on December 29, 2021. the series is a spin-off of "Mandalorian,".which was teased first time in the post-credits sequence of the season two final of Mandalorian.the seires starred temeura Morrison as boba fett and ming-na wen as fennnecc shand.The series has seven episodes, and each chapter will be aired every Wednesday on disney+ at 3 AM EST and runs until February 9, 2022.

The series is all about bounty hunter Boba Fett and mercenary Fennec Shand. They navigate the galaxy's underworld and return to the sands of Tatooine to stake their claim on the territory which was once ruled by Jabba the Hutt and his crime syndicate. The series first chapter, "Strangers in a Strange Land," is already out where fans are eagerly waiting for the next chapter, which will be aired on January 5, 2022, on Disney+.

Meet the Original Cast of  "The Book of Boba Fett"

Here's the list of complete stars on the new Disney+ show, The Book of Boba Fett.

Temeura Morrison is famous for his role as "Doctor Roptala" in the soap opera "Shortland Street" and "The Muss" Heke in "Once Were Warriors," but he is best known for portraying the character of Jango Fett and also giving face and voice for the republic troopers in the attack of the clones. Later Temeuara Morrison played Boba Fett, a cloned son of notorious mercenary Jango Fett,

Temeura has appeared in several movies and series, including the Mandalorian; he has also played a father role in the film Aquaman and is a voice actor in the animated movie Moana. Temuera Morrison can be found on Instagram through the handle, @tem_morrison.

Ming-na Wen is an American actress and a model known for her appearance on the Mandalorian television series; As she returned to Boba Fett, she will be assisting her fellow mercenary Boba Fett to take over the Tatooine (crime world).

She has played several warrior characters in her career history, such as Marvel's Agents of S.H.I.E.L.D, and given voice to animated movies in batman and Mulan. Ming-Na Wen can be found on Instagram through the handle, @mingna_wen.

matt berry is an American actor and a comedian; he has given voice for one of the smelter droids working for Boba Fett. Matt is known for what we do in the shadows and toast of London. he is also the voice actor of characters UK2-B and 8D8 droid in the original sequence in Jabba's Palace from 1983's return of the Jedi 8D8 was the most famous and memorable droid. Matt Berry can be found on Instagram through the handle, @mattberrymusic.

David Pasquesi plays the character of an assistant for the Mayor of Mos Espa in The Book of Boba Fett. The American actor and comedian, David, is known for his appearance in movies like "Trust Us, This Is All Made Up," "I Want Someone to Eat Cheese With," "Groundhog Day," and many more. You can find David Pasquesi on Instagram through the handle, @dpasquesi.

Jennifer Beals plays the character of a madam at a club known as Sanctuary. The American actor and former teen model, Jennifer, is known for her stint on movies like "Flashdance," "My Bodyguard," Split Decisions," Vampire's Kiss," and many more. Recently, Beals has focused her attention on television series; she has appeared on shows like "Swamp Thing," "The L Word: Generation Q," "Proof," and many more. You can find Jennifer Beals on Instagram through the handle, @thejenniferbeals.

Robert Rodriguez voiced two characters in the series, Dokki Strasi, and Mayor Mok Shaiz. The American actor, voice actor, filmmaker, and visual effect supervisor, Robert, is known for directing a 1992 film, El Mariachi, which was the most significant commercial success and grossed over $2.6 million in the box office. You can find Robert Rodriguez on Instagram through the handle, @rodriguez.